It’s not common for writers to have articles about unpublished screenplays unless they’re already famous. When Bruce Joel Rubin was interviewed for the March 1986 issue (Volume 16, Number 1) of Cinefantastique, he didn’t have any hits attached to his name other than a famous flop titled Brainstorm – a movie that was more famous for being the final film of Natalie Wood (who died during production). Like what Bruce said on his site: “I learned very quickly that a movie that doesn’t make money is like a baby that died. Hollywood saw it as a failure, so it didn’t advance my career at all. I had come all this way — I had gotten a movie made, and there was a huge billboard for it on Sunset Boulevard — but it didn’t change anything. I thought that if you had a movie made, you had a career. That’s not how it works. Brainstorm was supposed to start my career. Instead, it effectively ended it.” 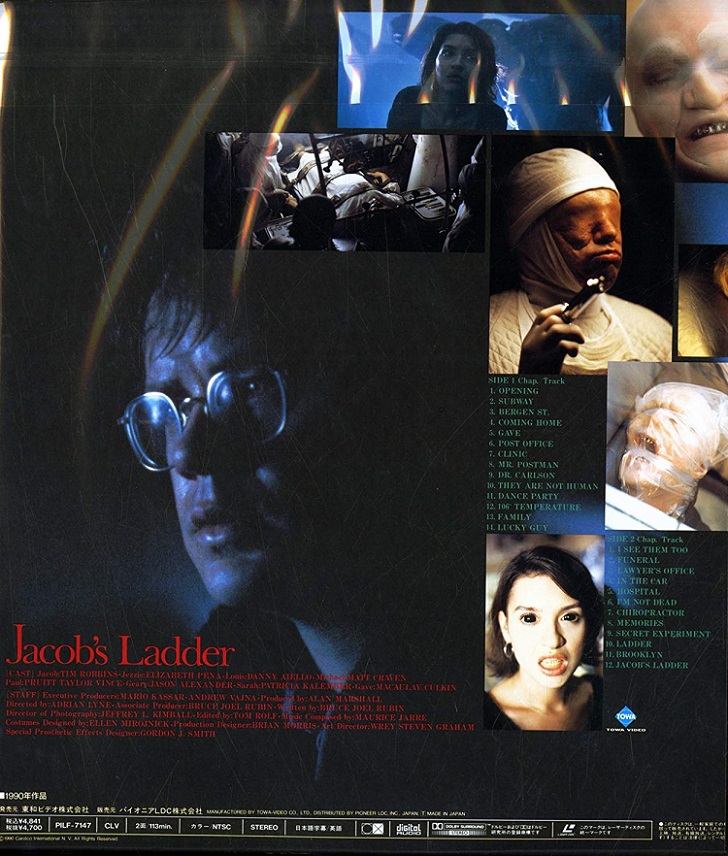 When Kyle Counts was interviewing Bruce, Angel Heart (written by somebody else) went into production despite being a psychological horror film with spiritual undertones. This was one factor, but the other was a mid-eighties article written by Stephen Rebello for American Film. The article, titled One in a Million, was about the best unproduced screenplays in Hollywood. This was akin to this century’s website – The Black List. Stephen amassed a list of 125 scripts which then got cut down to 30 scripts before he settled for a top 10 list. Jacob’s Ladder survived each round of elimination. This makes sense since he finished the script in 1981 after working on it for a year. Someone over at Cinefantastique was obviously willing to give Bruce a chance to hear him out, even if it would take another three years for the film to get made. It’s saying something since there is a scene where the titular character sees his girlfriend transform into a rodent-like serpent with wings. 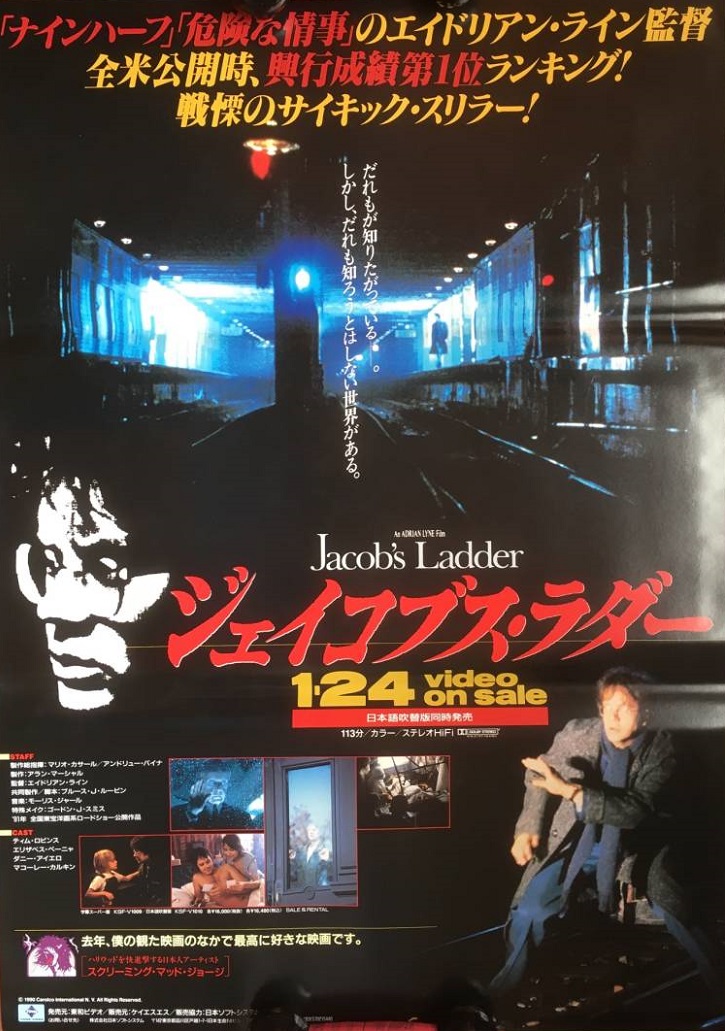 One detail that didn’t make the script is that Jacob was a philosophy student who gave up his studies after a devastating stint in the war. Brian DePalma, an old friend from New York University’s film school, loved the script yet didn’t want to deal with the film’s enormous pyrotechnics. Ironically, Bruce was most excited about a British director helming it, as he goes on to say: “The person I most wanted to do the film, Ridley Scott, said yes. I could not imagine a better director for Jacob’s Ladder. But then he had to back out because his next project had been delayed for a year, and it would take a good two years to get Jacob made. I met with his people again when I first came out to Los Angeles, and they said that after doing his new film, Legend, he wanted to do something completely different; something not effects-oriented. I have hopes he’ll come back to the project at some point in the future.” 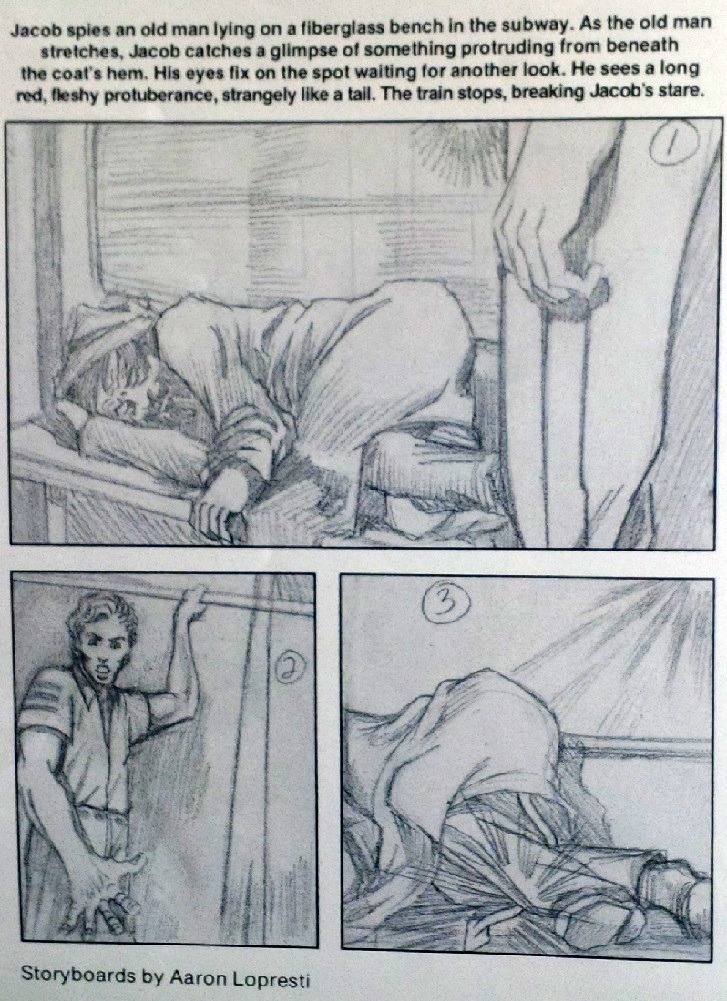 He never did, but another British man would end up taking the helm – Adrian Lyne. Stephen Rebello surmised that the screenplay was perceived as being as likely to flop as similar films – The Ninth Configuration (1980) and Altered States (same year but released later). Although it was perceived as being too dark with not enough light, Bruce disagreed as did a producer who was moved enough by the material to cry. Ironically, the film still flopped – it barely covered its budget with the domestic gross. As for why it managed to get greenlit, Bruce had written a screenplay that went into production first. The year was 1989. The film was Ghost. What also went in his favour is that an artist had drawn some storyboards for that 1986 issue of Cinefantastique. Aaron Lopresti has gone on to be a famous comic book artist in his own right as you can see above and below. 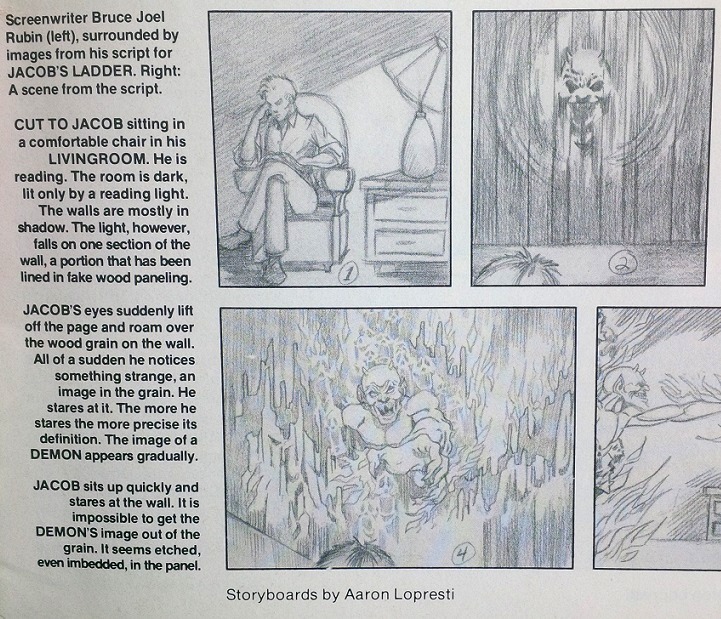 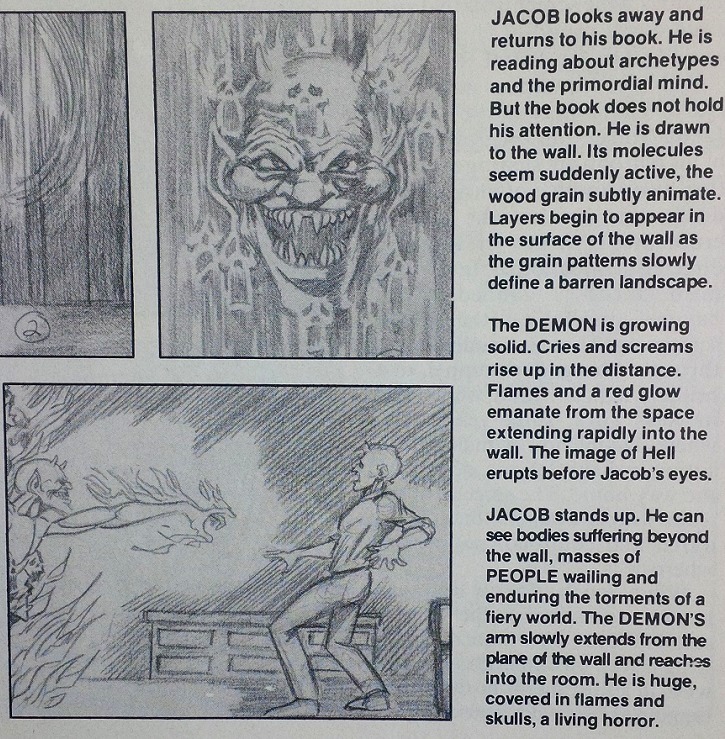 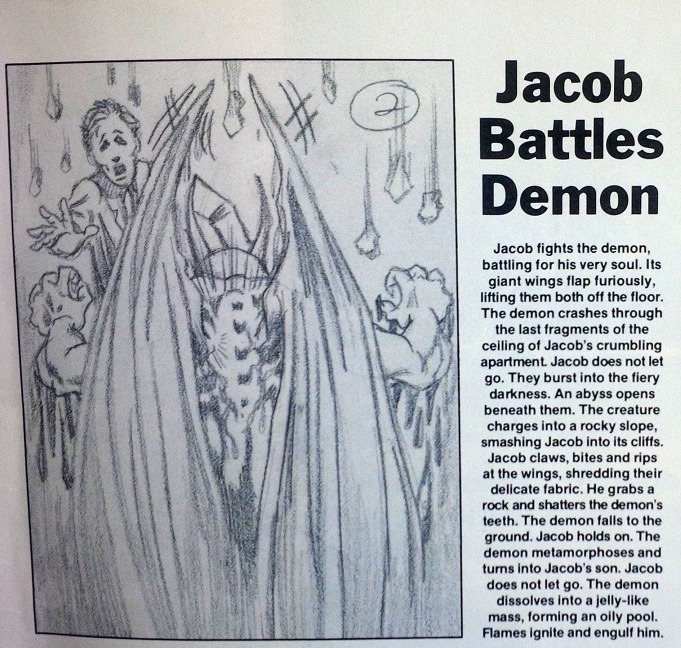 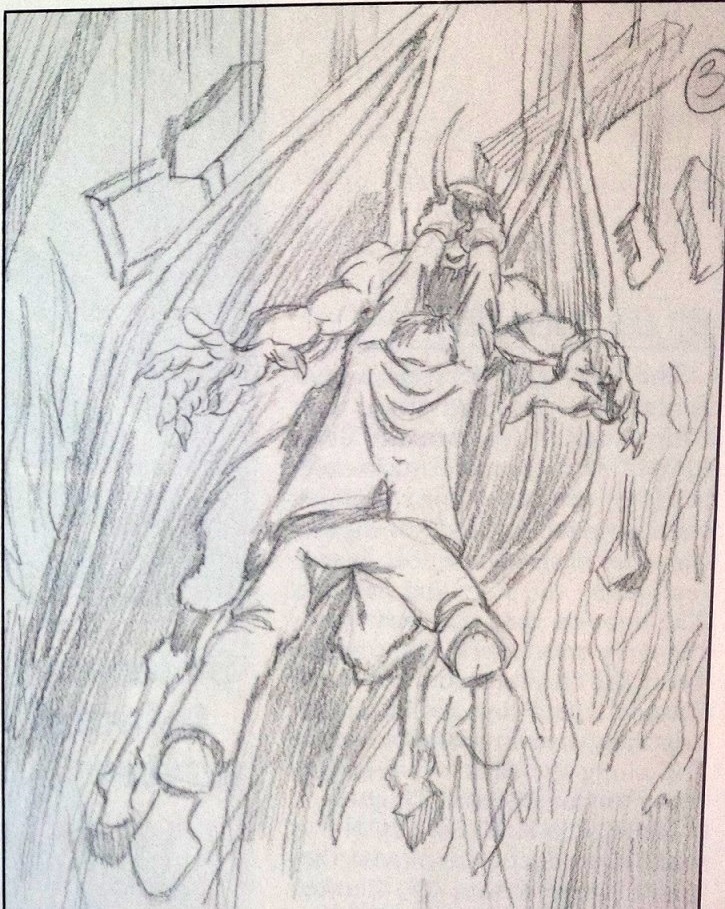 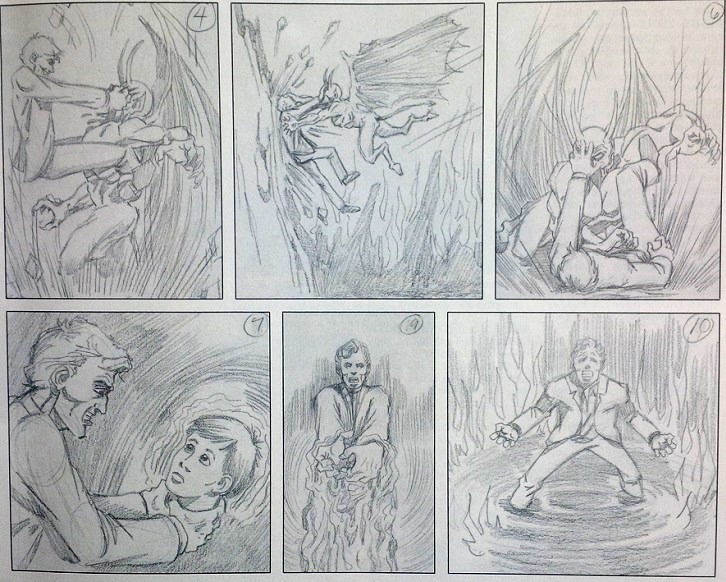