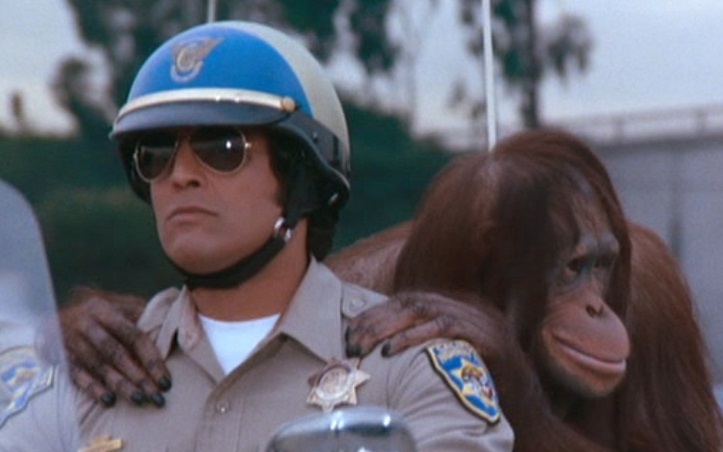 In spite of this, The Dukes of Hazzard thought nothing about borrowing the monkey gimmick from CHiPs. The above screencap is from a 1983 CHiPs episode titled Country Action. This episode also capitalized on the other show’s gimmick of a famous country singer appearing to perform a song. Imitation is a form of rivalry. The below shot is a publicity shot for a two-part 1984 episode titled Undercover Dukes. This reminds me – part of the attraction of how double bill episodes is that you could put them together to release as movies either on home video or in foreign cinemas. Because The Dukes of Hazzard took place in a rustic county versus the metropolis of California, there wasn’t too much that the makers could borrow from CHiPs. 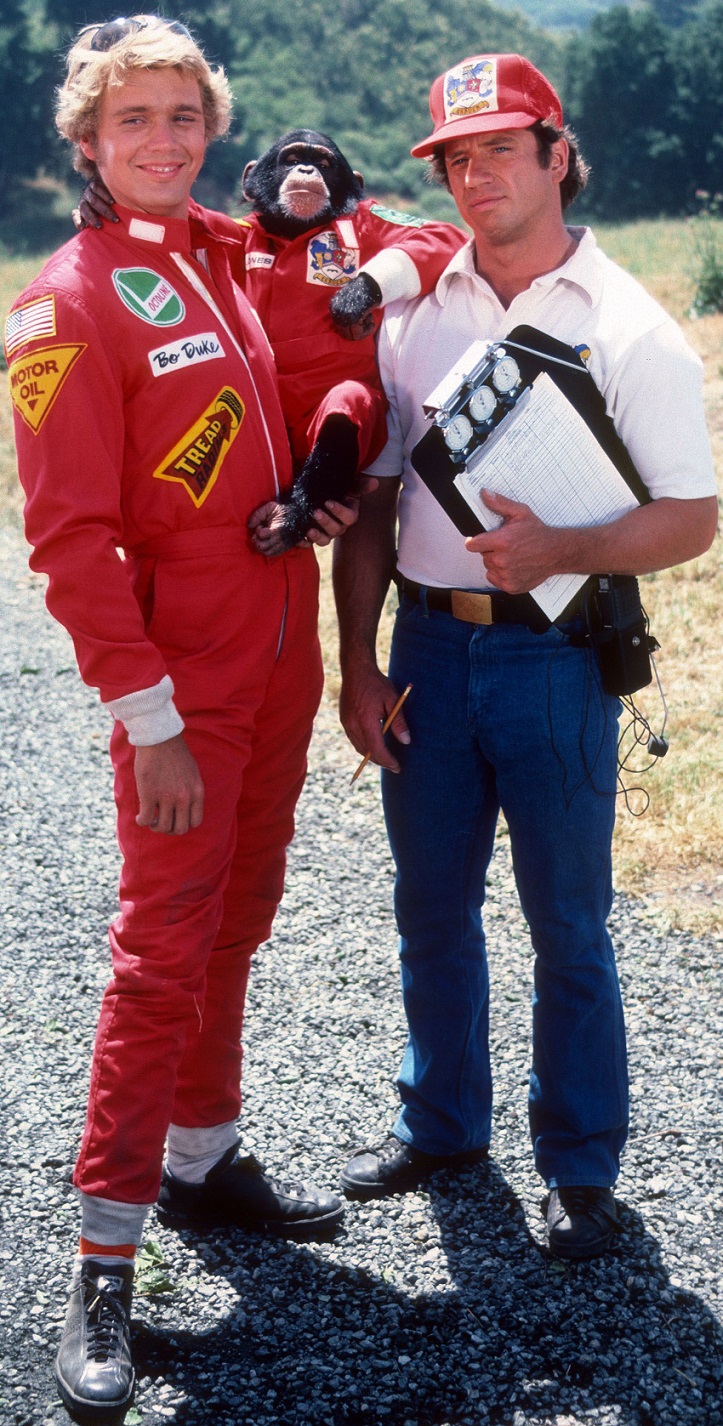 The popularity of The Dukes of Hazzard is such that it was the first between the two shows to have a feature-length cinematic remake. The CHiPs remake was actually the less profitable between the two. The former, which cost 53 million, earned U.S.$ 109.8 million worldwide in 2005 whereas the latter, which cost 25 million, earned 26.8 million worldwide in 2017. The irony is that the original TV shows were vice-versa in terms of which was more expensive. Even more ironically is that CHiPs felt the need to up the ante with stunts because of what was seen in The Dukes of Hazzard. 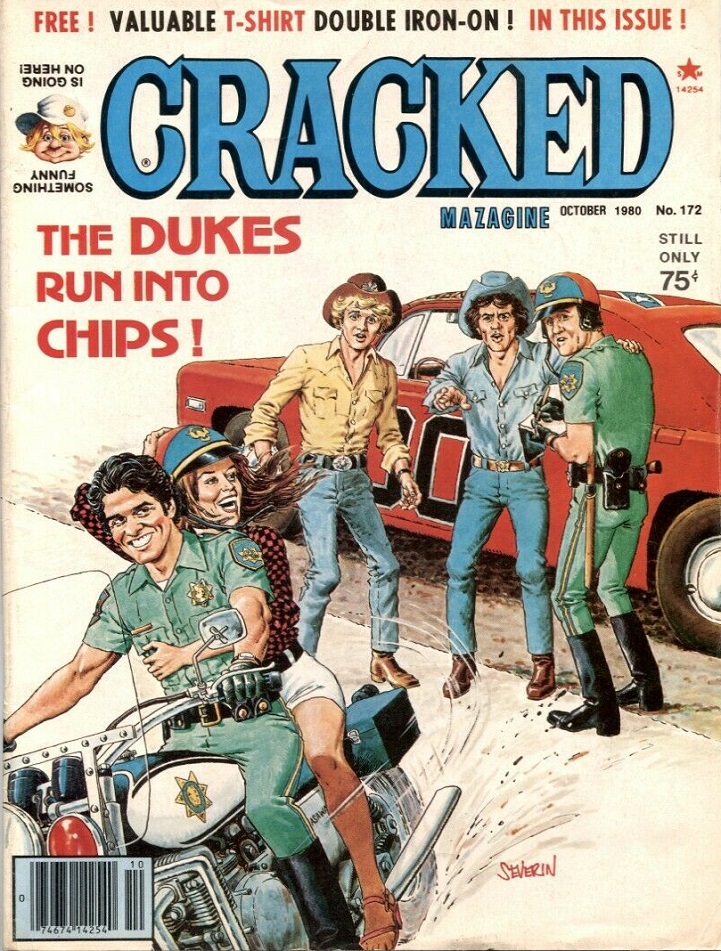 The above one-off issue is a sad indication of what could have been. It’s almost as if the people behind Cracked magazine were pitching a crossover to the makers of both shows. There was at least an opportunity to do a spin-off series that would allow for crossover episodes. In early November of 1980, it’s revealed that Enos was no longer going to be in The Dukes of Hazzard because he was going to join the Los Angeles Police Department. This was near the beginning of Season 3. Even though Enos wasn’t popular enough to have his own show, they could have at least got him to appear in the occasional episode of CHiPs. Even if there was a copyright issue, they could have at least referenced his off-camera activities. 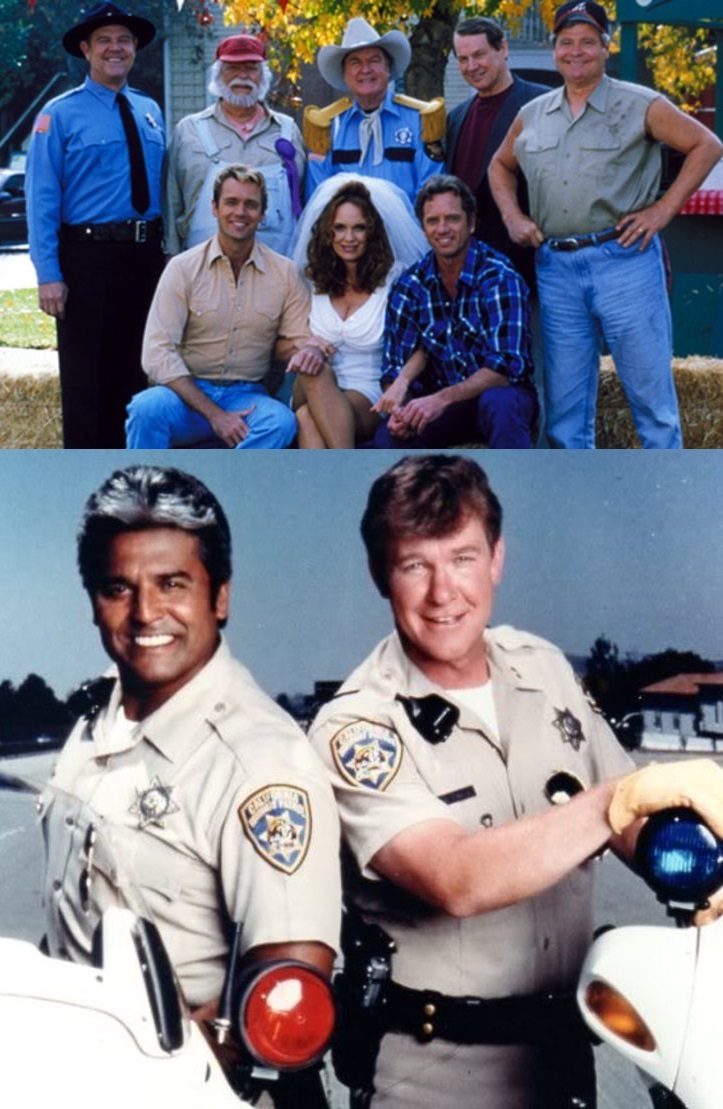 One particular aspect about CHiPs that influenced The Dukes of Hazzard was the issue of casting. Season 5 of CHiPs (October 1981 to May 1982) saw Erik Estrada temporarily replaced with another actor playing another character. This was because he went on strike over a dispute over syndication profits. He was replaced by Bruce Jenner for seven episodes, but he came back to complete the season. Season 5 of The Dukes of Hazzard (September 1982 to March 1983) took it to a new extreme by firing both John Schneider and Tom Wopat over a royalties dispute. From the very beginning, two doppelganger cousins became the new leads until episode 19 when things returned to normal.