When two stars do more than one film together, the quality of each successive film depends on how many times that the stars have already collaborated. Two actors can do many films together and the results can be consistently great as was the case with Laurel & Hardy. Terence Hill and Bud Spencer fall into this category because there are so many films that they did together to the extent that it’s difficult to pick your favourite, but this creates a problem where the best films are overlooked. Gene Wilder and Richard Pryor didn’t do that many films together, so it’s easy to pick their worst collaboration. When you put an actor and an actress together, the results can be tricky. No-one can rival the number of classics that paired Fred Astaire with Ginger Kelly, which is why you see less examples of particular actors pairing up with actresses. 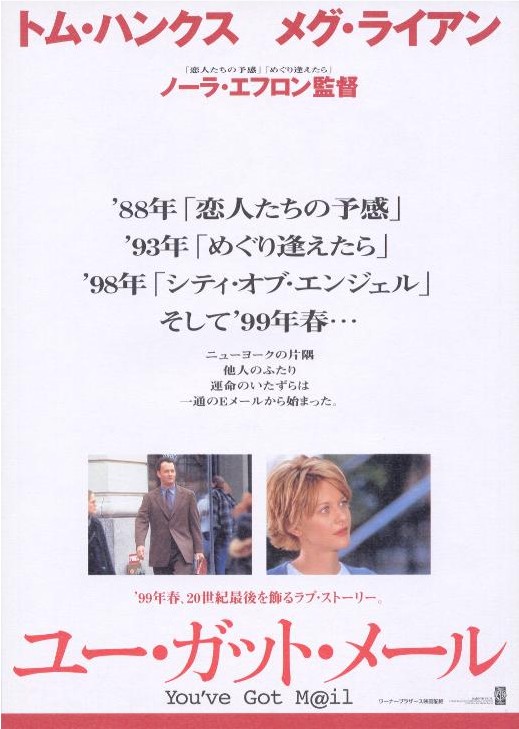 Although Pretty Woman was made first (1989), it took longer for Richard Gere to reunite with Julia Roberts than it did for Tom Hanks to reunite with Meg Ryan after Sleepless in Seattle (made in 1992). You’ve Got Mail was made in 1997 whereas Runaway Bride began filming in 1998. Despite Hanks being a bigger star than Ryan, the Japanese poster for You’ve Got Mail puts the emphasis on her career trajectory – When Harry Met Sally was made in 1988, Sleepless in Seattle came out in 1993 and City of Angels came out in 1998. Ironically, no reference is made to the very first collaboration between Tom and Meg i.e. Joe Versus the Volcano (1990). This is because the movie was a flop. Sure, it covered its cost but you have to factor in how much money that the studio would receive after the exhibitors had received their share.

Despite the fact that Sleepless in Seattle is the better film, it didn’t gross nearly half as much as Pretty Woman but it was still regarded as a very big hit. What’s fascinating to note about the reunion between Richard and Julia is that You’ve Got Mail had yet to be released. Filming of Runaway Bride had finished a month after the premiere of You’ve Got Mail. This probably gave the film-makers an idea of what not to do with their own reunion movie, because the worst thing that could happen is a bunch of critics accusing Garry Marshall of following in the footsteps of Nora Ephron. Coincidentally, Garry was originally slated to direct Sleepless in Seattle. Penny Marshall, his sister, had directed Tom Hanks in Big (1988) and A League of Their Own (1992). 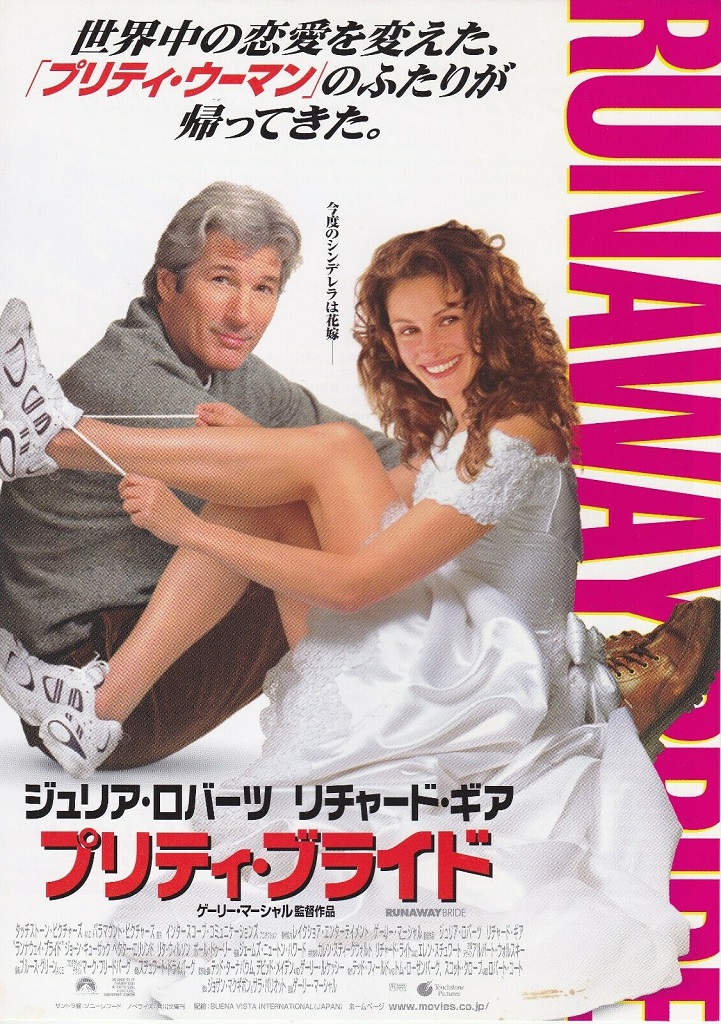 As far as the average person on the street was concerned, You’ve Got Mail was the second collaboration between Meg and Tom. This assumption was bolstered by the fact that it has the same director who also returned as one of the writers. While You’ve Got Mail was more profitable than Sleepless in Seattle, Runaway Bride made less money than Pretty Woman although it still had a significantly larger sum than You’ve Got Mail. The key difference between both follow-ups is that Garry Marshall didn’t write both of the Gere/Roberts pairings that he had directed. This made it difficult for critics to accuse him of repeating himself despite the fact that Runaway Bride contains a call-back to Pretty Woman, including using the same composer. This is because the movie was made as a comeback to Julia’s refusal to do any sequels to Pretty Woman. Similarly, Maggie Murphy worked as the second assistant director on Nora’s two films.