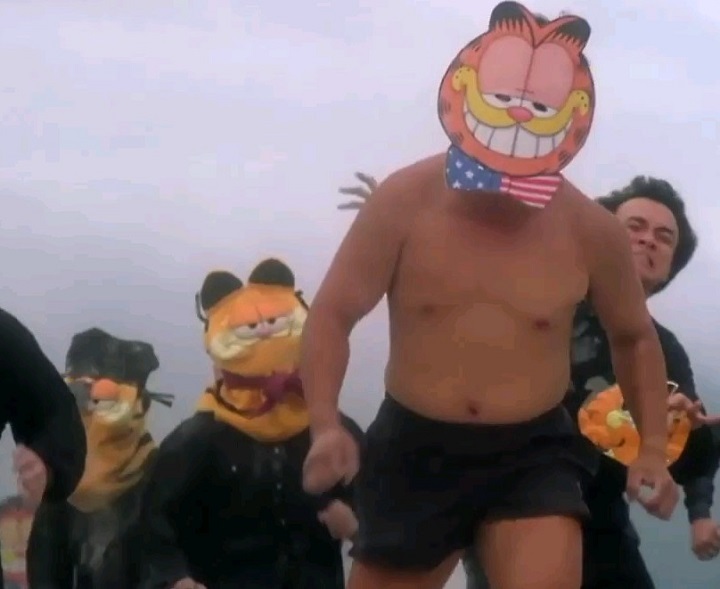 1) George Lucas explained how Star Wars (1977) came into fruition: “I wanted to make a Flash Gordon movie, with all the trimmings, but I couldn’t obtain the rights to the characters. So I began researching and went right back and found where Alex Raymond had got his idea from. I discovered that he’d got his inspiration from the works of Edgar Rice Burroughs and especially from his John Carter of Mars series books. I read through that series, then found that what had sparked Burroughs off was a science fantasy called Gulliver on Mars, written by Edwin Arnold and published in 1905. That was the first story in this genre that I have been able to trace.”

2) There is something to be said about poetic justice when it comes to plagiarism. Island Claws (1980) owes a debt to the popular killer crabs book series that began with Night of the Crabs (1976). The movie was originally going to get a theatrical release but it was shelved before being dumped on TV screens circa 1984 where it was aired under the title, Night of the Claw. This was disappointing considering that the budget was 4 million U.S. dollars. It was the only film that Hernan Cardenas did as writer, director and producer.

3) Despite the story being transferred to modern times, Dark Heritage (1989) is the most faithful adaptation of H.P. Lovecraft’s The Lurking Fear. This is impressive considering that the budget is significantly lower than what was afforded to Lurking Fear (1994) and Bleeders (1997).

4) The confidence that Sam Raimi had in creating Darkman (1990) owes to the courage of Dark Heritage. According to Bruce Campbell’s memoir, Sam told him: “I really wanted to make The Shadow. But Universal Studios wouldn’t give me the rights to that. I met with them, but they didn’t like my views at all, so I went – I’m just gonna write my own superhero.”

5) Hardware (1990) suffered a fate far worse than Island Claws, which at least had the dignity of suffering in silence. Fleetway Comics successfully sued the film-makers because the screenplay had plagiarised a short story that appeared in Judge Dredd Annual 1981. Don’t let the title fool you, it was published in 1980. Anyway, due credit was given to the creators in later releases of Hardware. The short story was a spin-off publication called SHOK! 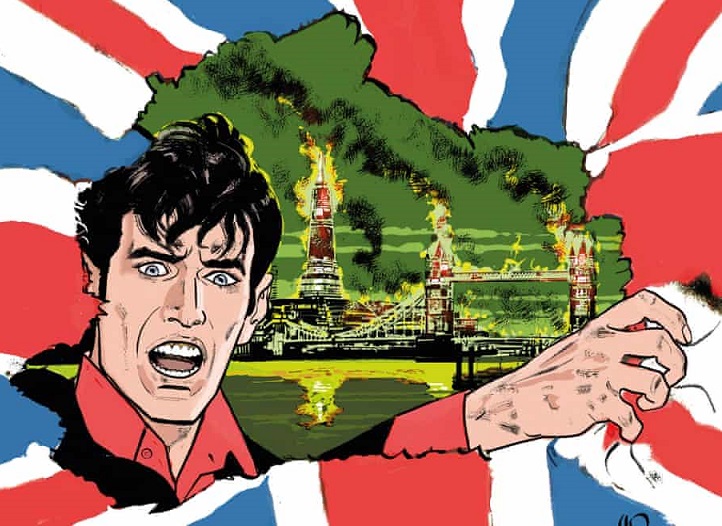 6) They say art imitates life, but life imitated art when the model for a comic book character returned what was rightfully his. The protagonist of the Italian Dylan Dog comic was modelled after Rupert Everett, who starred in the unofficial Italian adaptation titled Dellamorte Dellamore (1994). In English, it is known as Cemetery Man. As far as unofficial comic adaptations go, it’s at the opposite end from subtlety in comparison to Under the Silver Lake being a reimagining of Like a Velvet Glove Cast in Iron.

7) High Tension (which is known as Haute Tension in France and Switchblade Romance in Britain) is actually an attempt to covertly bring a Dean Koontz novel to the big screen. The novel in question being Intensity. This 1995 horror publication had already been officially adapted for the small screen in 1997. In 2004, it had been a year since the release of High Tension. As such, Alexandra Aja was taken aback but remained honest when he was asked about the source material at the Sundance Festival.

8) Pirates of the Caribbean: The Curse of the Black Pearl (2003) is a strange beast in that, on one hand, it’s fair to call it an unauthorized adaptation of a 1990 computer game called The Secret of Monkey Island. On the other hand, it seems like fair game for the movie to have been made considering that the main screenwriter was involved in a cancelled film adaptation of the game. The film was going to be animated and produced by George Lucas, whose company was responsible for the game. The pirates sequels equally owe to the monkey sequels.

9) To American audiences, Inside Out (2015) was an original movie. However, the writer’s origin story as to how it came into being is just as fictitious as a comic book character’s origin. Quite fitting since the movie is derivative of an English comic strip – The Numskulls, as delivered by the Beano publisher.

10) Overlord (2018) is an attempt to do a cinematic rip-off of Return to Castle Wolfenstein. The premise is the same: During World War II, an American soldier finds himself having to kill Nazis and the undead.

My parting note: The cover of this article is from Darkman. No, the actor is not Ralph Fiennes; it’s Liam Neeson.