Justine Wachsberger is one of Hollywood’s best kept secrets. How she never made it to the A-list of film and TV is a mystery. One of her most overlooked interviews is one that was for a podcast. The year was 2009, and she was brought on to talk about the latest Twilight movie – New Moon. It was her first interview, and it lasted an hour. The two interviewers, Gina and Angela, were Twihards (their show was called Twilight Hour), and their interview can be found on the AudioBoom site. Most of the questions came from fans on the Twilight chatrooms. Here are some choice comments from Justine… 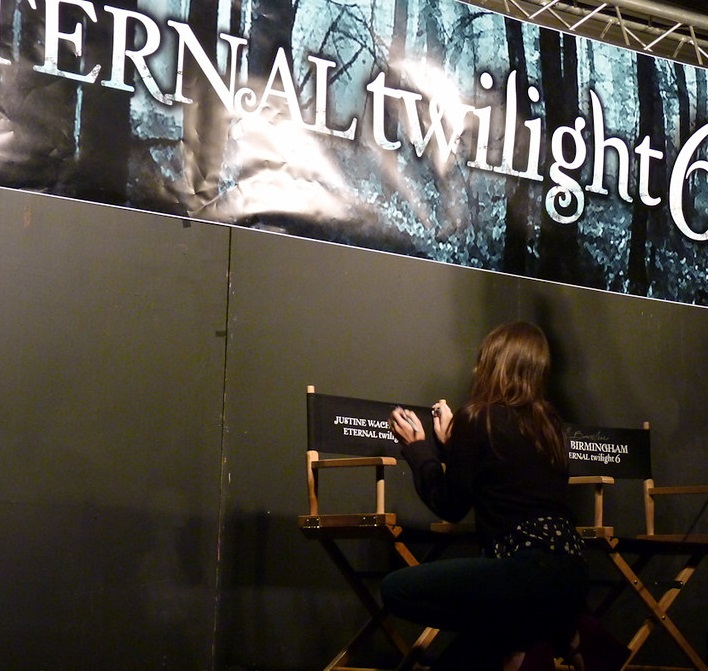 “The cast is absolutely amazing. They are all really nice. They all came up and said Hi to me right away. Everyone gets along. Honestly, it’s not what you would expect. They’re all really really nice, really down to earth. You would never think there was such a big frenzy around them. They’re the most down-to-earth people I’ve met. Literally.”

Gina’s response: “I’ve heard that they’re really down-to-earth from most of the people we’ve interviewed that said Oh yeah, they are really nice, down to earth and just not all out there like the gossip has tried to make them. And I can believe that, believe me.“

Justine: “I already finished. It went really well. It was amazing working with the whole cast and crew. They’re all really down to earth and really cool. I got to meet Stephenie Meyer, and it was really great.” 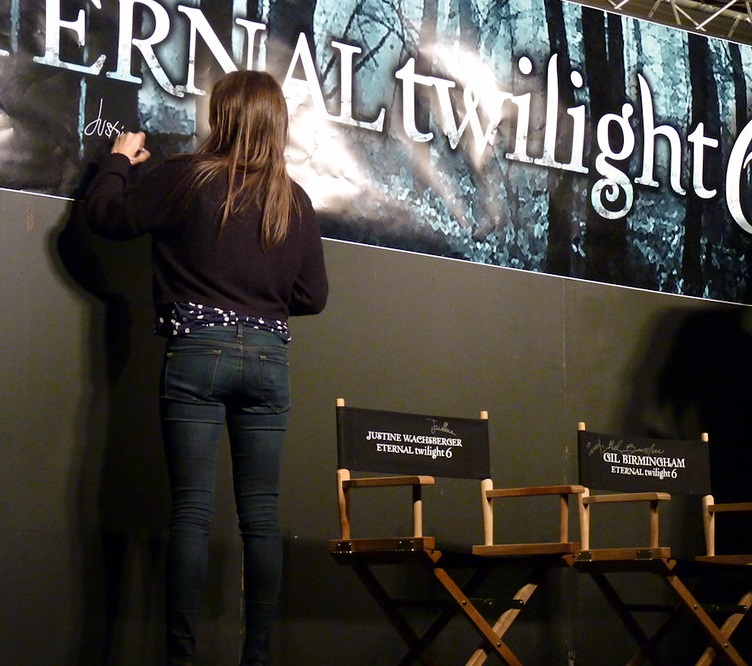 Justine: “I don’t think you can ever be ready for this kind of frenzy. It’s just crazy because I doubt that many movies can create such a buzz around every character even the ones with smaller parts. I’m anxious about all the frenzy that comes with it but I’m so excited at the same time because for me this was like a big beginning. I think that’s what I needed to start climbing the ladder – the gigantic machine that Hollywood is.”

Gina’s response: “Exactly, but you know what? After this, it only looks up from here, doesn’t it?”

Gina’s response: “You just gotta keep thinking. It’s only going up from here.” 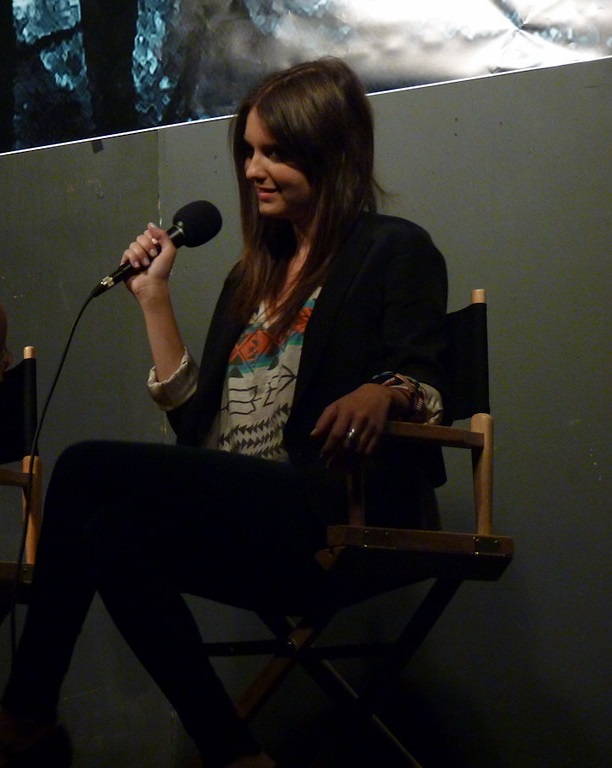 Justine: “I definitely prefer screen acting just because I feel like I can play deeper roles. I just feel like theatre is so big and over the top that I just feel better in front of a screen. I just feel like everything is more subtle, every gesture counts, and the most miniscule instances can be seen on screen – a look, a simple blink.”

Gina’s response: “In theatre, you have to be so big in your gestures and everything, those little minute things don’t come through.”

Justine: “My two favourites would probably be Natalie Portman and Sean Penn. I’m sure they could teach me so much about acting because their careers have been so long.”

Gina’s response: “I think you have some good picks. Sean Penn and Natalie Portman are amazing. I remember Sean Penn in stuff like forever ago. He’s still going strong and he picks some really good roles which I think is a credit to how far he has come being able to pick these awesome and amazing roles.”

Justine: “If you look at I Am Sam, Milk and all of his movies, I just think he’s a different actor each time; you don’t see Sean Penn.”

Gina’s response: “It’s kind of the same thing with Natalie Portman too. She’s very different in her roles which is good because I think it doesn’t define her as one specific type of person. The fact that you’re looking at these two people, that’s going to be good for your career because you will look at your career as not being defined by one specific role or another.”

Justine: “If you look at an actress like Dakota Fanning, she started at such a young age working with such big names and such great talent. Look at where she’s at today. She’s one of the most talented actresses of our generation…or so I think at least.” 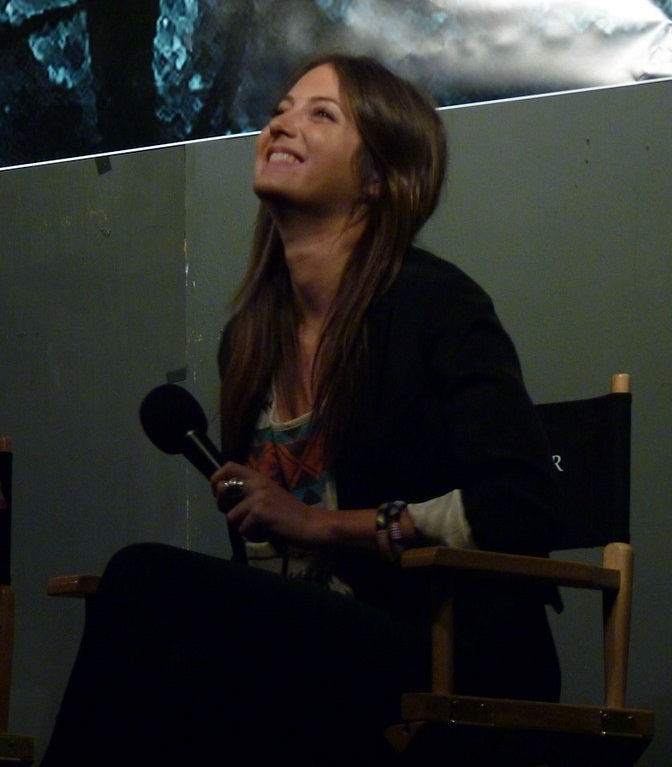 Justine: “Woody Allen, just because he creates such interesting female characters. They’re such emotional roles, so I would definitely love to be able to perfect my craft in one of his movies. Hopefully, some day.”

Gina’s response: “Awesome, well hopefully he’ll able to listen and get that and go Oh, I’m gonna have to give her a call.“

Ironically, Justine could have been more famous had she alternated between acting in French films and American ones. Sorority Row, which was released a couple of months before New Moon, was supposed to be her big break, but most of her character’s scenes were left on the cutting room floor to the extent that her character went from being known as Katie to being simply referred to in the credits as Sarcastic Sister. In a 2009 interview for Dread Central, she alluded to her initially bigger role by saying: “What was so great about our cast is that we all are very similar in age so we spent a lot of time together when we weren’t shooting, and it gave me a chance to really bond, kind of like the sorority sisters we were supposed to be. I think that helped for the chemistry on camera.” 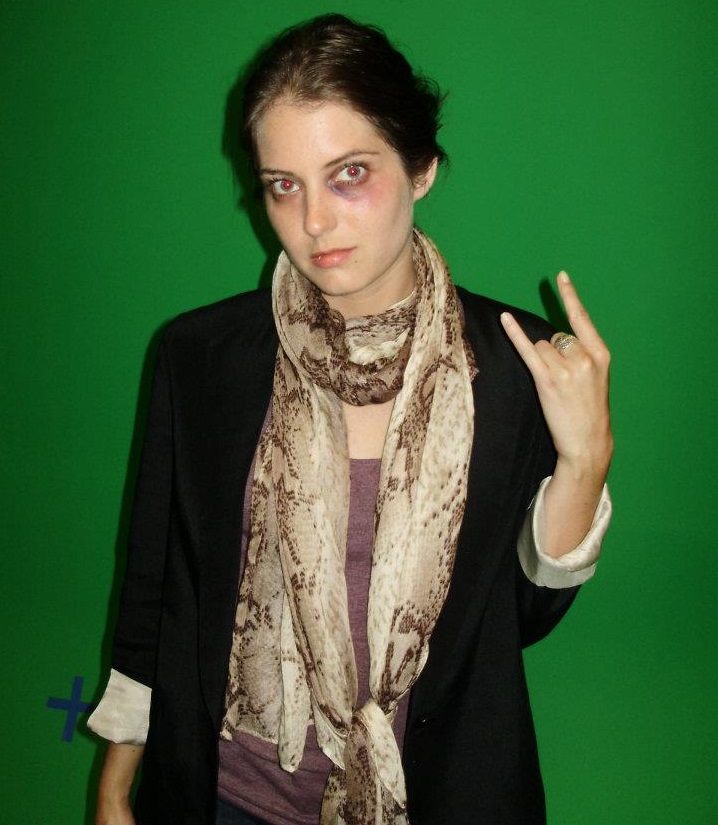 Now it’s time for the bombshell, Justine was not born in 1988. In her 2012 memoir, Babylon Confidential: A Memoir of Love, Sex, and Addiction, Claudia Christian relayed some anecdotes about being a stepmother which suggested that Justine is older by five years. This confirmed my suspicion that Justine was older than she is claimed to be since her main friends were born in either 1983 or 1984 instead of the late eighties. The first time that Justine’s father, Patrick, is mentioned in the book, Claudia notes the age gap by saying she was 19 and he was 36. Claudia was born in August 1965*, and it would appear that Chapter 5 begins in 1985 going by how the story develops. Claudia mentions that Justine was 2 when they first met. Claudia would go on to raise her for almost two years. Claudia was still 21 in 1987 before her birthday on August 10. Later on in the book, 2007 is referred to as being the twentieth anniversary of when Claudia was estranged from them. Not only is Justine referred to as being in her early twenties by 2007, but she is described as being older than Claudia was when she was Justine’s parent. If you do the math, Justine was older than 22 in 2007. 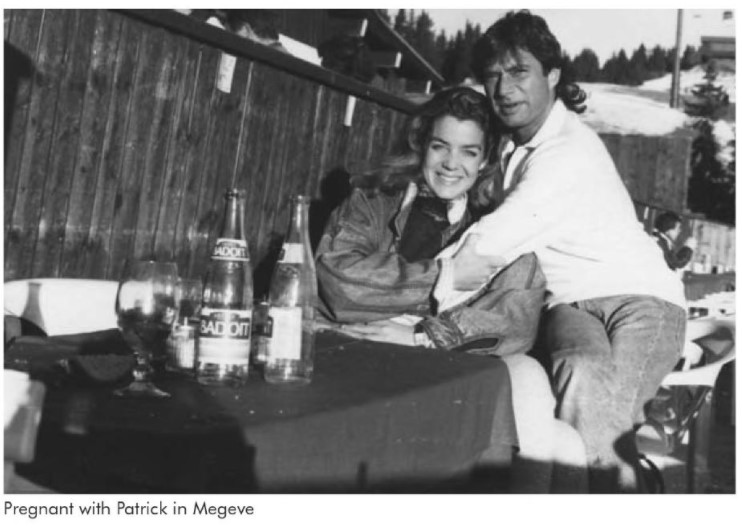 * What makes it confusing is that Patrick’s official birthday is September 1951. However, this doesn’t add up because he turned 36 in 1987. He obviously lied about his age in order to protect Justine’s secret. In the above photo from the book, Claudia was pregnant with his second child (who was aborted). Everyone assumed that Justine was Claudia’s daughter because she looked like her.