Corey Yuen was one of the first Hong Kong fight choreographers to work in American cinema. He directed Jean-Claude Van Damme in a mid-80s indie movie called No Retreat, No Surrender before gradually working on a few more U.S. movies. Ironically, Corey was never hired when John Woo, Ringo Lam and Tsui Hark respectively made their Hollywood debuts starring JCVD. However, he still predated The Matrix (1999) in a mainstream capacity when he was hired to be the choreographer of Lethal Weapon 4 (1998). Although, it’s not really saying that much since it was Jet Li’s request to have Corey choreograph his scenes. After Yuen Woo-Ping made the H.K. style more blatant with the popularity of The Matrix, Corey was hired for the first X-Men movie (2000). This is also not saying much since the director of Lethal Weapon 4, Richard Donner, had worked on X-Men as one of the executive producers. In fact, both productions share 23 crew members. This is because X-Men was produced by Richard’s production company – The Donners’ Company. 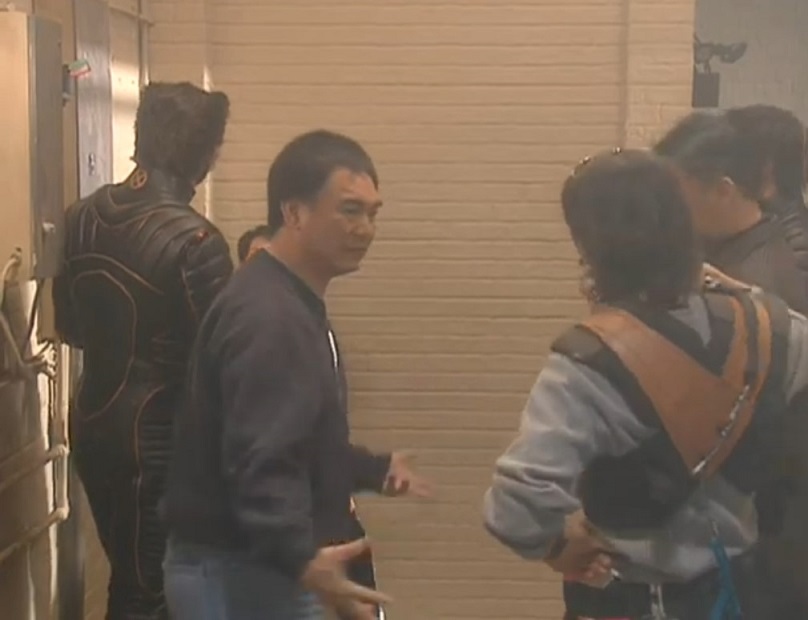 It was because of X-Men that Corey couldn’t spend too much time on Jet Li’s Romeo Must Die (2000). According to the April 2000 issue of Black Belt, Corey only spent three weeks choreographing the scenes in Jet’s first Hollywood starring role. Coincidentally, Hugh Jackman mentioned in the August 2000 issue of Cinefantastique that three straight weeks of work were spent with the stunt guys on X-Men. Principal photography for X-Men began in September 1999 whereas the production schedule for Romeo Must Die had lasted from May to July of that year. That said, Corey probably got more attention for his Jet Li movie than Bryan Singer’s first comic book movie. In the July 2000 issue of Premiere, Corey was briefly interviewed. He was quoted as saying: “Logan has an animalistic type of style. He’s a brawler, and Bryan is very conscious about not having him do any martial arts moves. We incorporate street-fighting styles without making him look like a martial artist. Everything is brute strength.”

Despite Bryan Singer not wanting to be seen as cashing in on The Matrix (even though the mutants are dressed in black and the movie came out a year later), the most iconic scene in the comic adaptation is indebted to a Hong Kong comic book movie called A Man Called Hero (1999). In this movie which Corey didn’t work on, there is a fight scene that takes place atop the Statue of Liberty. Perhaps it’s this precise dichotomy that made Corey generally unwilling to talk much about X-Men. When he was asked about it in an interview for issue #45 of Asian Cult Cinema circa 2004, he said: “The first movie, Lethal Weapon 4, was very important and then I didn’t know what would be next; I was waiting. Then came X-Men and I said “Okay, maybe.” Everyone said it was going to do great for me, but I didn’t know.”

In the aforementioned Cinefantastique issue (i.e. Volume 32, Number 2), it was mentioned that Singer hung out with George Lucas during the making of Star Wars: Episode One – The Phantom Menace (1999) so that he could learn about special effects in order to do the best job that he could on X-Men. The male martial artist who played the villain, Darth Maul, in The Phantom Menace would play one of the villains, Toad, in X-Men. This man, Ray Park, almost worked with Sammo Hung because George Lucas originally wanted Sammo to choreograph the lightsaber duels for the prequel trilogy. What happened was that Sammo received a phone call from someone who worked at the Lucasfilm company about whether he wanted to do it. Sammo agreed to it, but didn’t hear back from them. 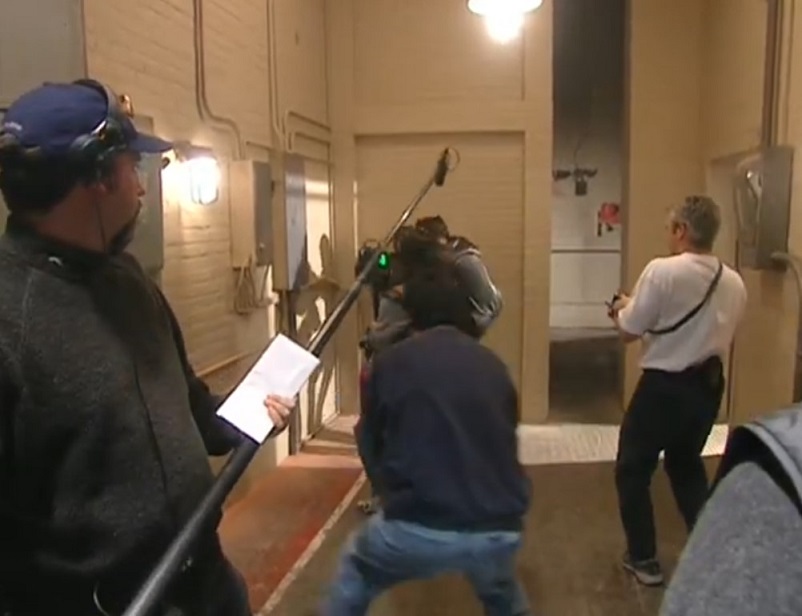 Although one could assume that Corey wasn’t familiar with the popularity of U.S. comic books, his reluctance in doing the movie would suggest that his involvement would come with a caveat – yes, he gets to have a credit that will help his career but without much in the way of publicity to really bolster the public’s awareness of him as was the case with Yuen Woo-Ping working on The Matrix. When X-Men came out in 2000, Hong Kong movie fans on the alt.asian-movies forum within the Usenet message boards were quick to note that Corey couldn’t be seen in any of the promotional featurettes on television. He’s not even credited on screen in the production footage that came in the special features on the DVD and Blu-ray releases. Despite this, DVD labels specializing in releasing old Chinese movies were quick to capitalize on the X-Men connection (I’m looking at you, Brian White of Hong Kong Legends fame).

On YouTube, you can see behind-the-scenes footage of Corey but you won’t find it by looking up his name alongside the title of the movie. As a matter of fact, you can’t find much in the way of interviews with Corey for his other movies. One thing that’s worth noting is why someone like Jackie Chan could never work on a movie like X-Men. In 2006, Corey was interviewed about Rogue for the Rotten Tomatoes site. Rogue was the second collaboration between Jet Li and Jason Statham after The One (2001), which Corey worked on. When Corey was interviewed, he was asked if he adapts to the cast or if he has a set fighting style that they must adapt to. Corey said: “I first look at the script to determine what story the movie is trying tell and come up with what I think would work in that regard. Normally, what I choreograph depends on the script and not who’s starring in it.”

Jackie’s logic has always been that the script is nothing unless you get to the set because the action can only be choreographed when you’re actually on location. This is ironic because Bryan Singer dismissed Joss Whedon’s rewrites on X-Men for a similar reason: “He has notoriety with his television show, and people know him and are fans. But Joss came on very close to the start of production, and a lot of what he wrote was great. Things were never built, never prepped, so whether I like what he had written or not, I wasn’t able to use it. If he had come on as a screenwriter at the beginning, it would have been a different movie. A film is written three times – once on the page, once on the set, and once in the editing room. And if you form opinions in the middle parts of these stages, you’re not addressing the sum total.” 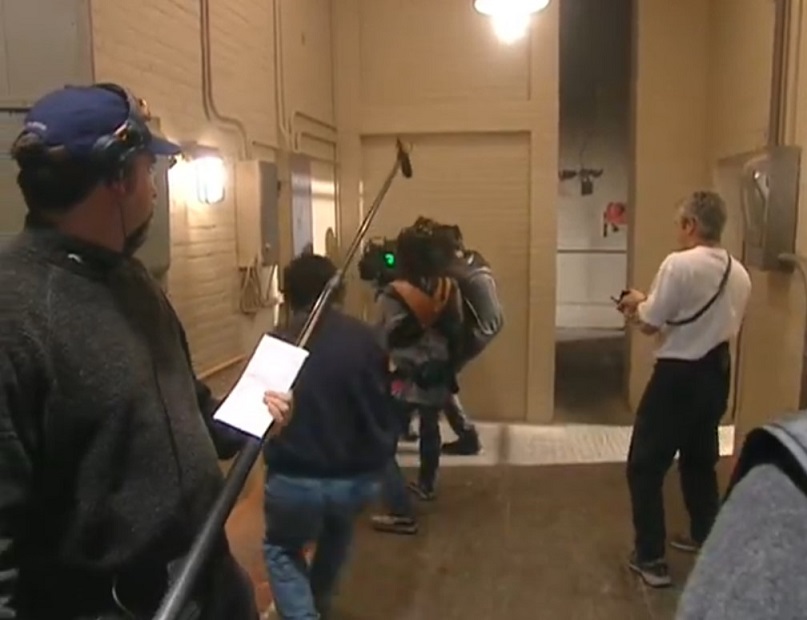 That piece of philosophy is relevant to Jackie, but a moot point to Corey. While Jackie loves filming drawn-out fight scenes, Corey doesn’t share that preference as he told the Rotten Tomatoes staff about whether he prefers long or short fight scenes: “It depends on what the story requires. We’re trying to tell a story after all and not put on a martial arts performance. If the story calls for the characters to fight, then they’ll fight. If it calls for them to stop fighting, then they stop fighting. It doesn’t make sense for it to go on any longer. If the fight goes on for too long, the audience will probably be bored.”

Back to Joss, X-Men should have been a dream project for him since he is a big fan of Hong Kong movies (there’s even an episode of Angel that refers to the vampire dressing up like Chow Yun-Fat). It was a dream project for Ray Park because he is a Wushu expert who has long been a fan of Chinese martial arts movies. That said, he never got to do a proper martial arts movie that was choreographed by someone like Corey or Jackie. While Jackie thrives being able to choreograph on location, this is a hindrance for Corey. When Rogue was retitled as War in 2007, Corey told a reporter for the Coming Soon site about his approach as a fight choreographer: “It is impossible to come up with the fighting scene on the set, but we can always modify it to make the movements look better.”

About the cover that I chose for my article, the Chinese man whose face that we see is Corey Yuen’s translator – Jonathan Ke Quan. He played Short Round in Indiana Jones and the Temple of Doom (1984) and Data in The Goonies (1985). He had already worked on a martial arts movie with H.K. talent back in 1990. This was Breathing Fire, co-starring Bolo Yeung. The movie was written by a man who is credited as “Delon Tanners” but best known to Kung Fu movie fans as Dorian Tan Tao-Liang. He was Jonathan’s instructor. Dorian has a connection to Corey in that Dorian had trained Shannon Lee, Bruce Lee’s daughter, for Corey’s Enter the Eagles (1998). Previously, Corey had worked with Tan on The Himalayan (1976) and Revenge of the Shaolin Master (1978). After X-Men, Quan worked with Corey on Jet Li’s The One (2001). Back to War, director Philip Atwell told Craig Reid: “Corey spent a lot of time with me in pre-production going over the style and what we were after in the film, and going over the fight sequences. But when it came time to put the fight choreography into action, once we start filming it, he really takes over and controls his unit. Which is fine, because we’re shooting two units simultaneously. I’m on first and he’s on second doing the action sequences.”